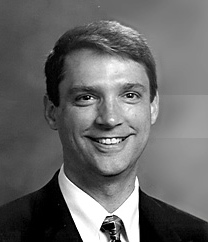 A native of the Virginia / North Carolina region, Ken Berg graduated from Samford University in Birmingham, Alabama with a BME in 1977 and an MME in 1981. For 28 years he was the Director of Choirs and Fine Arts Chairman at John Carroll Catholic High School in Birmingham before retiring in 2005 to become the Music Minister and Composer in Residence at MOUNTAIN BROOK BAPTIST CHURCH.

In 1978, Ken and Susan Berg were appointed Music Directors of the BIRMINGHAM BOYS CHOIR, a position they still hold. They are the parents of two sons, Michael and David; both fine musicians in their own right!

Ken has served as a State and Southern Division officer with the American Choral Directors Association (ACDA) and has also served on the Training Courses Committee of the Royal School of Church Music in America. In addition to touring extensively throughout Europe, Japan and North America, his choirs have sung at ACDA, OAKE and MENC State, Division and National Conventions.