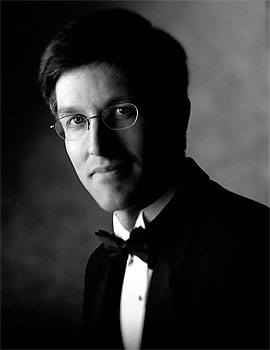 Eric Nelson is Director of Choral Studies at Emory University, where he teaches graduate Choral Conducting and Choral Literature. He conducts Emory’s 40-voice Concert Choir and its 180-voice University Chorus. He is also the Artistic Director of the Atlanta Sacred Chorale, a 55-voice adult chamber choir specializing in sacred a cappella repertoire, and the Minister of Music at the historic 2nd-Ponce de Leon Baptist Church in Atlanta.

Dr. Nelson received his training in voice and choral conducting at Houghton College, Westminster Choir College, and Indiana University. He has conducted choirs throughout North America and Europe, including performances in Krakow, Berlin, Leipzig, Prague, Moscow, Washington, D.C., Carnegie Hall, Lincoln Center, Spivey Hall, the Piccolo Spoleto Festival, and at both the Southern and National Conventions of the ACDA. His ensembles have been praised for their ability to combine a high level of technical precision with warmth of musical expression.

Highly regarded as a clinician, adjudicator, lecturer, and guest conductor, Dr. Nelson has conducted and presented workshops for the American Choral Director’s Association, the Music Educator’s National Conference, the Association of Lutheran Church Musicians, the Presbyterian Association of Musicians, the American Guild of Organists, Chorister’s Guild, and for numerous churches, colleges and universities. In 2004, he was the recipient of a "Crystal Apple" award for excellence in teaching at Emory University. He is also a composer of choral music whose works are published by Colla Voce and Augsburg Fortress.