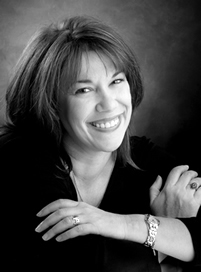 Dr. Susan Brumfield is Professor of Music Education at Texas Tech University, and holds a Ph.D. in Music Education from the University of Oklahoma. She is widely known throughout the United States and the United Kingdom as a clinician, consultant, author, composer, arranger and conductor of children's choirs, and is an internationally recognized Kodaly educator. Frequently in demand as a guest conductor, Dr. Brumfield is the Artistic Director and Conductor of The West Texas Children's Chorus. Dr. Brumfield is a program author for the national series music texts, Silver Burdett Ginn Making Music, and a contributing author for the Hal Leonard magazine for classroom music teachers, John Jacobson's Music Express. Dr. Brumfield's choral music is available through Colla Voce Music and Hal Leonard Publications. She was invited by the International Kodaly Society to represent the United States with a new choral composition commissioned for the internationally released IKS publication Music: A Universal Language. Dr. Brumfield teaches in Kodaly certificate programs throughout the country. She serves as Academic Director of The West Texas Kodaly Initiative, and holds the same position in courses at Portland State University and Westminster Choir College.

Dr. Brumfield has conducted extensive field and archival research in England and Scotland, tracing the roots of American folk music in traditional British music. Her most recent publications,Hot Peas and Barley-O: Children's Songs and Games from Scotland, and Over the Garden Wall: Children's Songs and Games from England are available through Hal Leonard Publications. She is currently at work on Giro Giro Tondo, a new collections of children's songs and games from Italy for use in the music classroom, and on a series of pedagogy materials for music teachers.